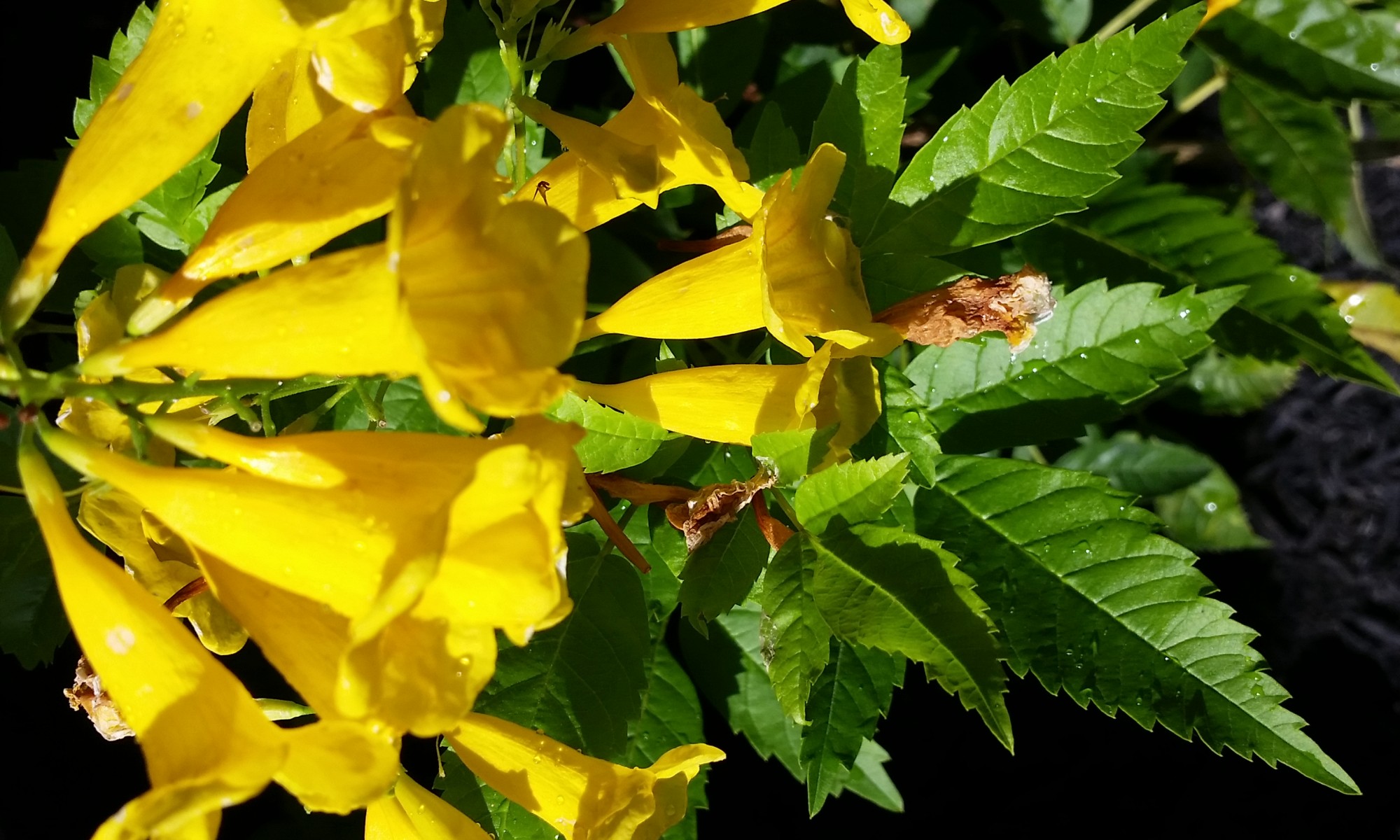 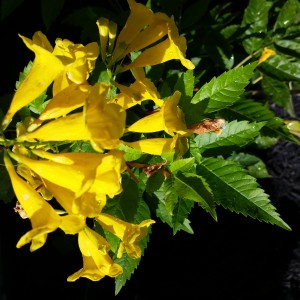 Tecoma stans, more often known as Yellow Bells or Esperanza, is a favorite perennial shrub for Texans. You can expect this plant to reach anywhere from 3′ to 25′ depending on the variety you have selected and your location. Many Esperanza can be treated as an annual to a perennial from zones 7-11. The 2″ trumpet-like flowers resembles the flower shape of the Trumpet Vine and Cross Vine with a stunningly yellow display.

My personal favorite is Tecoma stans ‘Gold Star’ which reaches 3′-4′ and is treated like an annual in zone 9. It is considered a ‘Texas Superstar’ as well as being especially heat tolerant and pest resistant compared to other varieties. I personally do not like to use Gold Star Esperanza as you would a typical annual, and instead I will place these in full sun behind evergreen shrubs around 2′-3′ tall that are less significant from April through November when the Tecoma stans varieties are expected to flower. In several zone 9 applications, this plant can survive a winter if the base of the plant is protected. Although Esperanza can be used in Dallas, zones 7-8, it would be better suited for patio container use or as an annual accent for the tropical themed backyard.

Tecoma stans var. angustata is a more drought tolerant and cold tolerant variety that is native to the southern United States. Although you may read that this variety is shorter than others, I would disagree as it has been found to grow closer to 10′ in height.

Tecoma stans var. stans is a variety that commonly grows up to 25′ in height and is used as an ornamental tree.